In most facets of basketball, the 2018-2019 Cleveland Cavaliers didn’t perform well, to say the least. While the Cavaliers slightly improved over the course of last season, their team’s defense remained their Achilles heel.

According to NBA.com statistics, the Cavaliers ranked last in defensive rating (116.9), allowed the highest opponent three-point percentage (38.0), highest field goal percentage (49.5) and were lackluster in forcing turnovers (25th worst in generating steals). In addition, Cleveland ranked third worst in defensive rebounds, since their rebounding machine Kevin Love missed the majority of the season.

With the addition of John Beilein as the Cavaliers head coach, we should expect the team’s defense to improve from last season. But why?

As a lifelong Michigan Wolverines basketball fan, I’ve been fortunate to witness several championship contending teams under Beilein’s tutelage. While his offense is typically predicated on spacing the floor and creating mismatches on the perimeter, his defense should and has received more accolades.

Beilein led Michigan to two national championship appearances; the defense should get a ton of credit for their March Madness performances.

This past season, the Wolverines ranked second in the country in adjusted defensive efficiency, per KenPom rankings. In total, the Beilein-led Wolverines gave up just 58.3 points per game. According to NCAA statistics, the only team who allowed fewer points per game was the Virginia Cavaliers, the eventual national champions.

Last season alone, Michigan only ranked ninth in the Big Ten Conference in total offense. Their defense; however, nearly helped lead the team win the conference regular season and postseason championship. The team also appeared in the Sweet Sixteen, but lost to another elite defensive team, Texas Tech University.

Throughout his coaching tenure, Beilein has frequently utilized the 1-3-1 defense, designed to create turnovers and confuse opposing offenses. Other than a few underperforming seasons, this defensive style worked like a charm.

How can Beilein’s defense translate to the NBA?

College basketball is vastly different from the pros. Despite how elite Beilein’s defense could be, the Cavaliers will still give up well over 100 points per game. In fact, every team did last season. The Indiana Pacers gave up 104.7 points per game, which ranked as the league’s best.

If Beilein’s defense is going to be successful in the NBA, the guards will need to create turnovers and consistently harass opponent’s primary ball-handler. The duo of Collin Sexton and rookie Darius Garland will need to establish chemistry, especially on defense, as soon as possible. But since the players are still in their extremely early development stages, the team will struggle early on to defend their opponents and create turnovers in the frontcourt.

Another glaring issue for Cleveland last season was total rebounds, both offensively and defensively. The team ranked third worst in total defensive rebounds, allowing their opposition to have more opportunities for second-chance points.

With Love back in the fold, these rebounding numbers should improve. If the Cavaliers decide to part ways with veteran Tristan Thompson, who’s in the last year of his contract, their defensive rebounds could stagnate. Other than Love, their backcourt remains relatively weak. While the Cavaliers plan to make Larry Nance Jr. part of their main core, he hasn’t shown consistency in any statistical category or on the court.

Nance Jr. should improve his defense under Beilein, but his offense still remains suspect.

Defensive predictions for the Cavaliers

While he struggled with consistency, Cedi Osman looks to be the Cavaliers best defensive player, based on his performance over the last two seasons. Matthew Dellavedova is always a great presence and known for his hustle and defense, but factoring in projected playing time, Osman will be featured a ton more. The Cavaliers will look to get Osman more involved in the defense, hoping to generate more turnovers and give their opposition tough looks from three-point range, a facet the team was awful at last season.

The Cavaliers are significantly less talented and undersized compared to other teams around the league. While their defensive numbers will improve, it’s unreasonable to expect them to perform anywhere close to the league’s best. Beilein will largely focus on youth development and chemistry.

The team should finish between 18-24 in total defense, a significant upgrade from last season. 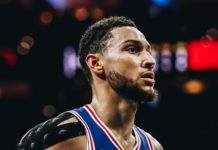 More of that please, Ben Simmons