During his only season at Vanderbilt University, Darius Garland appeared in only five games. He missed the remainder of the 2018-2019 season after meniscus surgery in November.

“While Garland and Porter were both unable to play in games, they still benefitted from being at summer league. The two watched tape with coaches,” Fedor wrote. “They engaged in the team-bonding, chemistry-building activities. They got a feel for how practices were run, the new system the coaches put in place and got their first view of the NBA (not the real NBA, of course) from the bench.”

Since training camp hasn’t started, it’s too early to tell where Garland will rank among rookies this upcoming season. But it’s fun to predict.

In the 2019 NBA Draft, the Cavaliers drafted Garland fifth overall. The selections ahead of Garland will likely appear ahead of him in Rookie of the Year predictions: Zion Williamson, Ja Morant, RJ Barrett and De’Andre Hunter.

While Williamson or Morant should be the heavy favorites to win the league’s top rookie honors, it’s difficult to overlook the others. In the midst of a roster overhaul by the New Orleans Pelicans, Williamson won’t take center stage with ball handling duties. The Pelicans currently have guards Jrue Holiday and Lonzo Ball, both of which will likely command the team’s offense.

In addition, Morant could struggle early on with the depleted roster the Memphis Grizzlies have. With the luck the New York Knicks have, it might be easy to bet with someone other than Barrett (no offense, RJ). Several other rookies including Hunter and Chicago Bulls guard Coby White will see significant minutes during their rookie season to warrant consideration as well. As usual, it should be a crowded field for Rookie of the Year honors.

Even though he missed summer league action, Garland is reportedly ready to begin workouts with the Cavaliers during start of training camp. Since Cleveland’s roster improved while getting younger, Garland can benefit from having limited pressure on him to succeed right away.

While he missed significant action in college, Garland can shoot from behind-the-arc better than anyone else in the 2019 draft. In five games, he shot nearly 48% from three-point range. With the revamped coaching staff in Cleveland, perimeter shooting will become the focal point of the offense. All signs point to Garland benefiting from this.

The other rookies mentioned earlier will see starting minutes from the very beginning; Garland might not. If Cleveland chose to keep Garland out of summer league, which was smart, they might relegate him to a bench role for a brief period to start the 2019-2020 campaign.

We’ll have to wait and see how Garland performs during training camp and preseason contests, but there should be reason to believe he’ll compete at the same level as Williamson, Barrett and Morant among others. Garland should have a good chance at the league’s Rookie of the Year Award. 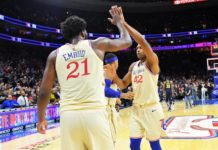 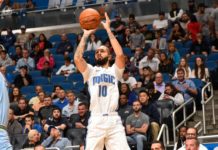