The Philadelphia 76ers have perhaps finished filling out their 15-man roster for next season.

After re-signing Furkan Korkmaz to a two-year contract on Wednesday, the team wasted no time using their final roster spot.

Veteran point guard Trey Burke agreed to a one-year deal, per Shams Charania of The Athletic.

Now with Burke signed for next season, the Sixers have 15 players on the active roster excluding two-way players.

Burke’s chance for a Spot

Kyle Neubeck of PhillyVoice.com reported Burke only has a partially guaranteed contract, meaning it’s possible the final roster spot could become available again depending on the guarantee.

Can confirm the Sixers signed Trey Burke to a one year minimum contract. The deal is only partially guaranteed, per a source.

General manager Elton Brand may want to have some options available for the trade deadline and for a potential buyout candidate.

Despite the partial guarantee, Burke has a good chance to play the entire season with the team.

The backup point guard job should be wide open. Before signing Burke just Raul Neto and Shake Milton were vying for the job.

Both Neto (injury concerns) and Milton (lack of experience) are far from securing the role behind Ben Simmons.

He immediately helps add to the few quality ball handlers on the team and has a track record of getting points off the bench.

Plus, his ability to shoot off the dribble gives head coach Brett Brown some options creating offense with Simmons on the bench.

Burke could turn out to be a good signing for the Sixers if he sticks around.

He was the ninth overall pick in the 2013 NBA draft and has played for four teams in his six-year career. 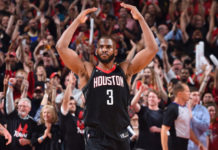 What’s next for the Thunder? 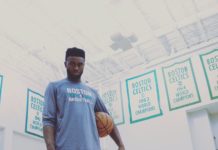 Jaylen Brown slander will no longer be tolerated

The origin of the Cavaliers name