As the fantasy football season starts to inch towards the playoffs, teams on the border are looking for impact players to put into their lineups off waivers.

Look no further than undrafted rookie, Josh Adams. A practice squad member at the beginning of the season, Adams is primed to secure the feature back role for the defending Super Bowl champs with Jay Ajayi out for the season and backups Corey Clement and Wendell Smallwood failing to fill the role.

Can Adams be trusted in lineups this week?

A 1400-yard rusher in his final season in college, Adams has looked very impressive during the past four games since being given the chance to produce. Adams has averaged 6.6 yards per carry in that span, including a 28-yard touchdown, which was the lone score for the Eagles in their 48-7 loss against the Saints last week.

Now the porous New York Giants run defense is coming to town and Adams has the chance to grab a stranglehold on the starting running back duties.

Since trading former All-Pro defensive tackle Damon Harrison after week seven, the Giants have allowed the three top running back in each matchup to rush for a combined 356 yards and five total touchdowns.

Coming off a game where they rushed just 12 times, I expect the Eagles to get back to running the ball more consistently. Being as depleted as they are in the secondary, running the ball is the best option to keep a Giants offense that has averaged 32.5 points in their last two contests off the field.

Since drafting Carson Wentz, the Eagles are 3-1 against its division rival and have averaged 129 rush yards in those contests.

In its four wins this season, Philadelphia has averaged 30 carries and 126.5 rush yards per game. Compared to just 19 carries and 79.3 yards in its six losses.

Clearly the best pure runner on the roster and with a suspect run defense on tap, Adams is a top-20 running back option for me this week. Even down the stretch as fantasy teams are fighting for playoff spots. 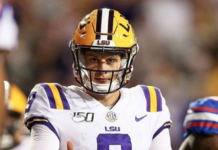