The 2018 college football recruiting cycle is basically over. Only a handful of relevant names remain unsigned, and schools have moved onto recruiting 2019 prospects. Of course, some teams have had a better transition than others.

The teams listed below have been working on their 2019 class for at least a year. This isn’t a surprise; successful teams recruit two years out. In fact, lots of the teams that are poised for 2019 success have sent out plenty of 2020 offers.

While it is still incredibly early, the following teams have situated themselves to make a huge run in the 2019 recruiting class.

After dominating the 2018 recruiting cycle, Georgia has shown its plan to do the same with the 2019 class. While player ranks often change quickly and drastically, Georgia already has three 5-stars and four 4-stars committed to play football for the Dawgs.

While Wisconsin was really close to making the 2018 playoffs, they did not do nearly as well in the recruiting scene. This year looks different. They already have four four-stars on their commitment list.

Brigham Young had a horrid 2017 college football season. They didn’t have a great recruiting cycle, either. That could certainly change with the 2019 class. BYU has eight commitments with two of them being 4-star athletes.

The Aggies are already setting up for what should be a dynamic 2019 recruiting class under Jimbo Fisher. Texas A&M is poised to make a big splash after having already received a commitment from 5-star safety Brian Williams. They’re making progress on a few big names, as well.

Oklahoma sits alone in the in the Big 12 as the only team that seems to be taking the 2019 class seriously. They’ve secured four 4-stars so far. The Sooners may not have as many total commitments as some of the teams on this list, but the quality is strong.

I want to thank God, my family, and my coaches for guiding me through this process and giving me this opportunity! pic.twitter.com/5cdXu6N4Pg
— Spencer Rattler (@SpencerRattler) June 27, 2017

The Hurricanes have been busy. They already have commitments from 10 2019 athletes. Sure, most of them are 3-stars, but when you get commitments this early, you get your top choice.

The Tigers are off to a great start, although all six of their 2019 commitments came before November of 2017. They’ll need some new commits if they want to stay ahead of the pack.

Can the Rebels keep up the pace? They have eight commitments now, and Ole Miss hopes to keep them all intact. Due to the Hugh Freeze fiasco, Ole Miss will be missing out on three or four scholarships each year for four years.

On the flip side of this, Ole Miss had players transfer out, meaning young players may get playing time earlier. If early results are any indicator, while Ole Miss will not finish in the top 10 at this time next year, they should do alright for themselves.

Alabama just won themselves a National Championship, even if UCF disagrees, and that will have a big impact on their 2019 class. It hasn’t quite yet, though. They have yet to earn a single commitment after winning the Natty. Still, they have four commits in the top 150 players including one 5-star. offensive tackle The Crimson Tide will need to turn that around if they want to finish in the top 10 again.

Michigan’s last 2019 commit came all the way back in August. Still, it was 5-star defensive end Chris Hinton. While Hinton is committed to the Wolverines, he is from Georgia, and it sounds like his hometown SEC team is still in the mix.

The Seminoles had a rough year. They are also struggling a bit on the recruiting side of things and have only had one commit since March of last year. They’ve had a head coaching switch since then and the landscape of the College Football Playoff picture has completely changed.

What about the rest?

USC has a net negative number of recruits in the 2019 class right now. 4-star linebacker De’Gabriel Floyd decommitted back in December. The Trojans have yet to bring in another recruit.

Texas has 4-star quarterback Roschon Johnson, who committed back in July. He’s the only commit on the list so far for a team that had an incredible 2018.

The Buckeyes are in the same boat as Texas. They have a commitment from 4-star offensive tackle Doug Nester.

Clemson has a small step up from the Longhorns and the Buckeyes. They have both a 4-star prospect and a 3-star prospect committed to the school.

The Nittany Lions have two prospects committed to them as well. Both are 3-star athletes, but it is a solid start to a class.

The 2019 class will be full of twists, turns, flips and steals. It will be an exciting year, and keep your eyes glued to Armchair for all the recruiting news you need.

One last note on the 2018 recruiting class. Armchair All-Americans had a ton of great content wrapping up National Signing Day, and it’s all worth taking a look at. You can find it below.

Texas by The Royal Standard (Podcast)

South Carolina by The Spurs Up Show (Podcast)

Dylan Schnabel
https://dylanschnabel.contently.com/
[email protected]
I am an aspiring author, copy-editor, rancher, sports writer, and soon-to-be father who spends his free time devouring sports statistics in an attempt to be the best armchair general manager my family has ever had the pleasure of ignoring. My wife watches more football than me. Despite that, I still think you care about what I have to say. I’m an avid Minnesota Vikings and University of North Dakota fan. I can be reached at [email protected]
×

Dylan Schnabel
I am an aspiring author, copy-editor, rancher, sports writer, and soon-to-be father who spends his free time devouring sports statistics in an attempt to be the best armchair general manager my family has ever had the pleasure of ignoring. My wife watches more football than me. Despite that, I still think you care about what I have to say. I’m an avid Minnesota Vikings and University of North Dakota fan. I can be reached at [email protected]
https://dylanschnabel.contently.com/
[email protected] Was this Doc Rivers’ last season coaching the Clippers? 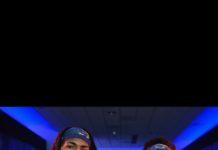 Kansas Recruiting: How will the 2018 season affect the future of Jayhawks Football? The polarization of a society crippled by comparison