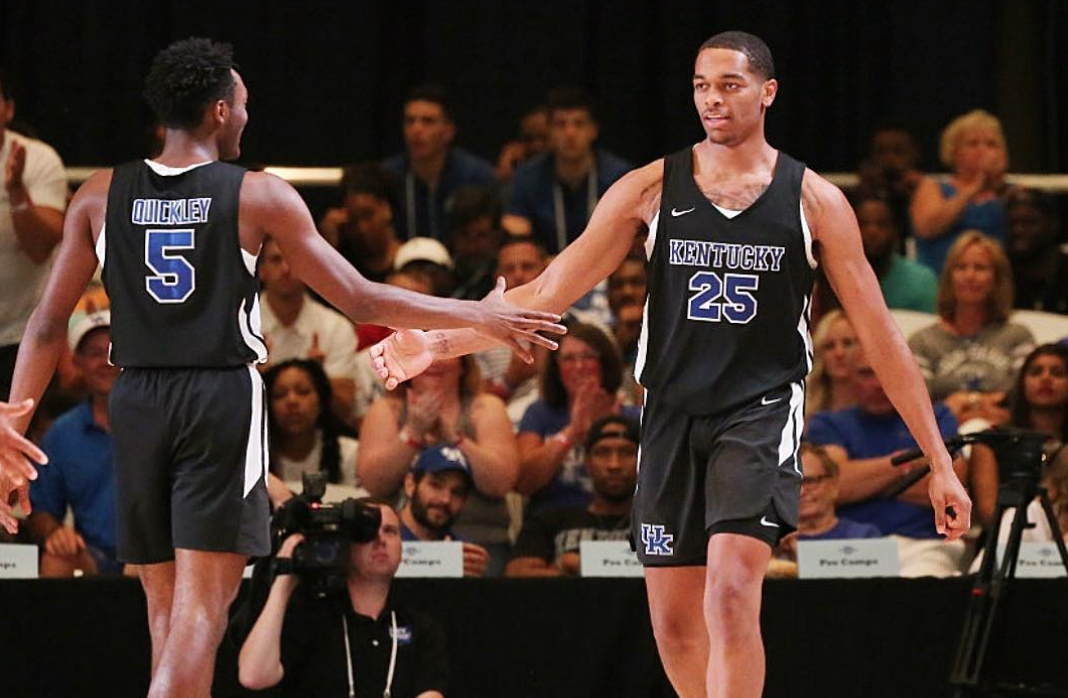 I promised myself before the Big Blue Bahamas Tour that no matter what, I was not going to get too high or too low on this year’s team based off the exhibition games. Well, that’s out the door! Holy smokes the Cats looked fantastic. It feels as if they have a solid lineup for any situation that may present itself throughout a long season. After a fun filled week in Atlantis, it is hard to be anything but ecstatic about this group of young men.

Which player was most impressive?

This is an extremely difficult question to answer based off what we saw in the Bahamas. You could make a legitimate argument that about 8 guys stood out during the 4 games. The Big Blue Nation was delighted to see all kinds of positive signs from a variety of players. Tyler Herro looked as smooth as can be and clearly has established himself as knock down shooter with some deep range capability. The defense shown by Ashton Hagans was indescribable, the guy is relentless and has a real chance to break Rajon Rondo’s all time season steals record. How great was it to see Nick Richards look like a new player? He showed that he is capable of having a monster Sophomore year. Then there was obviously a chance for fans to get their first look at transfer, Reid Travis. There were times when he looked a little flustered trying to catch the ball and finish, but overall he is a complete beast that is going to help Kentucky win a lot of games this season.

All that being said, the player who I was most impressed with is Keldon Johnson. Before the Big Blue Bahamas Tour he was they guy that I wanted to step up and make plays on offense. Johnson did more than that, he was trying to take souls with some of dunks he attempted. The alley pop slammed on top of the defenders head against Mega Bemax was an all-timer.

I believe Keldon Johnson has the chance to be one of the best players in America this year, not just best freshman.

The Defense was amazing

Watching Ashton Hagans and Keldon Johnson play defense gets me hyped up. They are straight bull dogs. I would not want to bring the ball up the court against UK this year. It is evident that this team enjoys playing defense and will torment opponents. Hagans in particular is an elite defender and clearly embraces that role. Opposing teams have to deal with Travis, Washington, Richards, and Montgomery in the paint to make things even more challenging. I think this team has a chance to be extremely special defensively.

The Cats did go 2-19 shooting on the first night of the tour, they looked solid after that but consistency may be an area of opportunity. Taking good shots will be critical. Tyler Herro surely looked like he can knock them down all day. Kentucky can use the next few months to perfect the offense and make sure good shots are available.

Who are Kentucky’s best five players?

The most beautiful thing about the Bahamas trip was that it ended with such confidence that the Cats have a line up to combat just about anything. I think you could make a case that every scholarship player is in a position to start this season. It is hard to imagine anyone being bumped out of the rotation, there is just so much talent.

My starting five today would be:

There is no wrong answer here. It is painful to think about Nick Richards, E.J. Montgomery, and Immanuel Quickley on the bench. But there is just so much talent and only 5 guys can play at once!

It is going to be a fun year.

Content Creator at Armchair Kentucky , The Arm-Chair All-Americans, LLC
Drew Brown
[email protected]
My name is Drew Brown and I live in Louisville, Kentucky. I have bled blue since birth and consider myself blessed to be a member of the Big Blue Nation! However, I do consider myself a rational college basketball fan with a specific passion for recruiting. What I love most is about college sports is that they represent the greatness of American culture. My Town vs. Your Town! #BBN
×

Content Creator at Armchair Kentucky , The Arm-Chair All-Americans, LLC
Drew Brown
My name is Drew Brown and I live in Louisville, Kentucky. I have bled blue since birth and consider myself blessed to be a member of the Big Blue Nation! However, I do consider myself a rational college basketball fan with a specific passion for recruiting. What I love most is about college sports is that they represent the greatness of American culture. My Town vs. Your Town! #BBN
[email protected]
Latest Posts 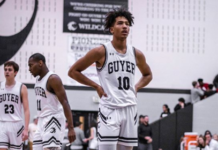 Top-50 recruit Enaruna commits to Kansas; More on the way? 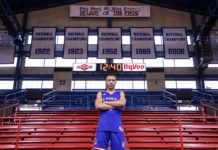