The soon-to-be junior wide receiver Grant Perry has been permitted by Jim Harbaugh to return to team activities, according to an interview with Harbaugh conducted by the Detroit Free Press.

Perry originally was accused of inappropriately touching a woman while in line outside an East Lansing, Michigan bar. Perry is facing two misdemeanor counts of fourth-degree criminal sexual conduct, one felony count of resisting a police officer and one misdemeanor count of a minor in possession of alcohol.

Perry was originally told by the Michigan coaching staff in December that he was suspended from all team activities until further notice just before the Orange Bowl game against Florida State, and many are shocked to see his return, especially with recent events that have unfolded within the Michigan State program.

It was discovered that three Michigan State players including WR Donnie Corley, DE Josh King, and S Demetric Vance were recently dismissed by Mark Dantonio after they were accused of raping a woman in a campus bathroom at Michigan State.

While it seemed Michigan had addressed the issue at hand by suspending Perry for quite some time, it simply does not make sense why he has returned to team activities, especially with Michigan State carrying out the proper actions during their cases.

In particular, those who feel Perry should have been suspended includes Armchair All-Americans Editor and MSU Writer Cory Linsner who went on to say “He should be kicked off the team just like they were,” when asked what Perry’s punishment should be. “It’s a shame that Coach Harbaugh would allow a player who is facing these charges to participate in team activities. Anyone who is facing criminal sexual conduct penalties should be suspended indefinitely, and in 99% of cases, be kicked off their teams.”

There may be a legitimate case here. How is Perry allowed to join team activities once again? Will he receive the same punishment as Corley, King, and Vance? Have these players messed up their lives forever? 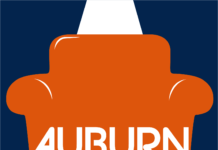 Can Oklahoma Repeat as Big 12 Champs?