Players, like fans, turn to sports for an escape from the harsh reality of the outside world. Over the past few weeks, Enes Kanter of the Oklahoma City Thunder has not been able to do the same.

After doing work for his charity, the Enes Kanter Foundation, he was detained at a Romanian airport by police on May 20th. “What’s up, world? Just wanted to say we are in Romania, and they said they canceled my passport by Turkish embassy.” Kanter said in a video he posted to Twitter. The big man is very critical of the Turkish President Recep Tayyip Erdogan, who he has called the “Hitler of our century”.

The NBA and the Department of Homeland Security came to his aid. After several hours, he boarded a flight to London to come back to the United States. Things would only get worse after this incident however. Enes Kanter tweeted that his father was detained in Turkey, by the President as part of an investigation into a terrorist group called the Fethullah Terrorist Organization (FETO). He also fears his father as well as thousands of others will be tortured by the government.

Enes Kanter of course, was also accused of affiliation with the group, who has been blamed for a failed coup on the Turkish government. Enes Kanter later released a full statement on his father’s arrest below:

Kanter fears his mother, sister and brother are also in danger as he is wary of communicating with them. Enes Kanter however, won’t back down.

“My dad is just one,” Enes Kanter said. “I play in the NBA. That’s how people know my story. I want the whole world to know what’s going on in Turkey.

From time to time, we hear and see the phrase “bigger than basketball”. In this particular case, it truly is. It is always remarkable to see athletes going above their job description and use their platform to invoke positive change in the world.

Hawks Will Not Match Offer Sheet from Knicks for Tim Hardaway Jr. 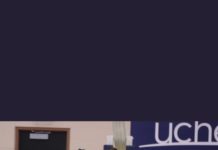