Texasô baseball is coming off of a horrid season of 25-32. For only the second time under legendary coach Augie Garrido, the Horns had a losing season. That losing season and the third time in the last five years to miss the NCAA tournament, resulted in Texas letting go off Garrido. Garrido had been at Texas for 19 years and brought UT two national titles and eight appearances in the College World Series.

Taking over for Garrido is David Pierce. Pierce comes to Texas from Tulane after being head coach there for the past two seasons. Before that, he was head coach at Sam Houston State for three years. In his five years of being a head coach, Pierce is 156-88 and has made an appearance in the NCAA Regionals each of the five years as a head coach.

Pierce inherits a team that returns eight of nine offensive starters, four pitchers with weekend rotation experience and four others who often came out of the bullpen. And with the incoming freshman class, Texas has good depth at almost every position around the diamond.

Also, something to note this season, the outfield fences were brought in in the power alleys. The power alleys used to go from 405 feet in deep center to 375 feet in right and left center. The fences now are 365 feet in right center and 370 feet in left center. Coach Pierce cut down the center field wall to just the width of the batterãs eye and drew a straight line from the end of the bullpens to the CF wall. The wall in left field in front of the visitorãs bullpen was lowered from 10 feet high to about 2-3 feet high.

Iãm going to give you two hitters to watch this season for the Horns, senior first baseman Kacy Clemens and junior right fielder Patrick Mathis. Clemens is coming off a career season hitting .303/.418/.470 with 5 HR and 31 RBI. His .303 average and .418 on-base percentage led the team was tied for third on the team in home runs. Clemens is going to be of the key cogs of the Texas offense this season and his production is going to help determine the success of the team this year.

Mathis is coming off .297/.379/.477 season with team-leading 6 HR and 36 RBI. Mathis should see a jump in his power numbers with the fences being moved in. But the key to his season will be how much he can cut down on the strikeouts and his production against lefties. These two guys will be in the meat of the order for Texas will be leaned upon to be run producers for David Pierce in his first year in Austin.

In the weekend rotation, there is one definite starter. That is redshirt junior Morgan Cooper. Cooper was a key cog out of the bullpen during the Hornsã 2014 College World Series run. In the Fall ã14, Cooper had Tommy John surgery forcing him to miss 2015 season and 2015 fall season. Cooper progressively came back during the beginning of the 2016 season and returned to the weekend rotation at the beginning of conference play.

Cooperãs performance was up and down as his command wavered throughout his starts. He is going to be relied upon to lead the Horns into every series pitching on Friday nights. His velocity so far throughout the fall and preseason has been up to 96 but sitting around 93-95. Cooper has added a slider to his mix of off-speed pitches along with his changeup and curveball. His off-speed pitches were his best pitches two years ago, and heãll need them once again this year.

The most intriguing freshman throughout the fall and preseason practice has been third baseman Ryan Reynolds. Reynolds is the son of former UT and MLB pitcher Shane Reynolds. Reynolds is catching peopleãs eyes because of the power he possesses, especially from both sides of the plate. He is a smooth hitting switch-hitter that has plenty of power but also has an advanced approach for a college freshman. The knock on him is going to be his defense to begin the season. But it seems that no matter what, Reynolds is going to be in the lineup because of his bat and could see time at DH if his defense struggles.

Texas will begin the season with a tough four-game series at home with Rice (February 17-19). Then two weeks later, the Horns will take their annual trip to California, and this time to take on Stanford (March 2-5). Texas will then welcome in UCLA to Austin on March 10-12 and then Texas A&M for one game on March 14. UT will then begin conference play with Texas Tech, Kansas State, Oklahoma and West Virginia coming to Austin while they will travel to Kansas, Baylor, Oklahoma State and TCU. The regular season will commence with the Big 12 Tournament in Tulsa, OK on May 24-28.

With the talent returning for Texas mixed with the freshman and the new faces of the coaching staff, the Horns should be able to make a return to the NCAA Tournament and be competitive in a Regional. I would expect them to finish around third or fourth in the Big 12, but Iãm not sure if that is enough for the Horns to host a Regional. 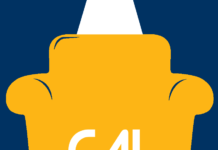